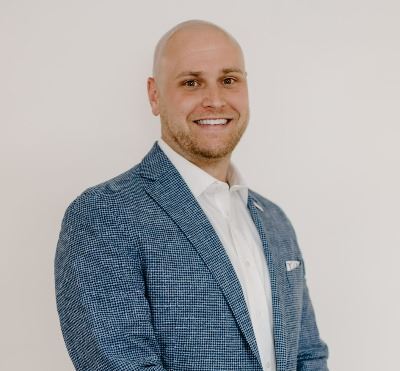 Councilman Josh Vollmer is originally from Indianapolis, Indiana. He graduated from Ball State University with a degree in History and a minor in Business Management while serving as a captain of the school’s Division 1 baseball team. After spending time as a baseball coach and instructor, Josh made the transition to working for State Farm Insurance, where he is currently employed in leadership. He has his Chartered Property Casualty Underwriter (CPCU) designation, along with a number of other insurance designations.

We all know the Golden Rule, to treat others as you want to be treated. Councilman Vollmer seeks to live by the Platinum Rule. The Platinum Rule says to treat others as they want to be treated, which ultimately requires starting with a relationship with another person. In his role as a council member for Anna, Vollmer seeks to build relationships with neighbors to ensure that he represents everyone.

He enjoys spending time being active outdoors with his wife, daughter Monroe, and their dogs Cash and Leo in his free time.