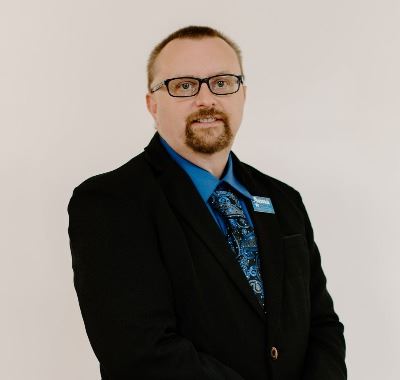 Councilman Danny Ussery was born in Greenville, Texas, and is a proud 1993 graduate of Celeste High School. During his high school years, Ussery was honored to be Sports Manager for the athletic department. He is especially proud to have played a small role in the historic win of the Girls Basketball State Title Championships in 1992 and 1993. At that time, he was able to participate as the sports trainer/manager, videographer, and be a part of the media/press. This opened doors for him to intern at the local radio stations, KGVL, KIKT, and KEMM.

In 1991, as a young teen, Ussery became an Amateur Radio Operator (HAM) which fueled his desire to serve his community and neighbors in any way he could. After graduation and while working his first job at Taco Bueno, Danny served as the ARES Assistant Emergency Coordinator for Hunt County from 1995-2000. Inspired by his many years serving as his church's audio engineer, the "sound guy," he decided to attend Collin College, where he received his Audio Engineer degree in 2004.

Currently, Councilman Ussery is in his 17th year as Security Supervisor and Emergency Coordinator at The Hockaday School, a prestigious private school in Dallas. Here, he has been able to learn how to better communicate and advocate for his students, team members, faculty, and staff. The leadership skills he's been able to develop as a representative of Hockaday have proven invaluable.

In 2013, Danny and his wife, Rebekah, moved to Anna with their three children, Jameson, Jacinda, and Jaxston. Right away Ussery became involved with local politics and attended every meeting he could to learn more. In 2015, Ussery excitedly went through the Citizens Academy. Since then, he has served as Planning and Zoning Commissioner, Place 7, a member of the neighborhood design committee and the Anna ISD Facilities Committee. Councilman Ussery is proud to be elected as the Place 5 City Council member, enabling him to be a voice for every citizen in Anna.