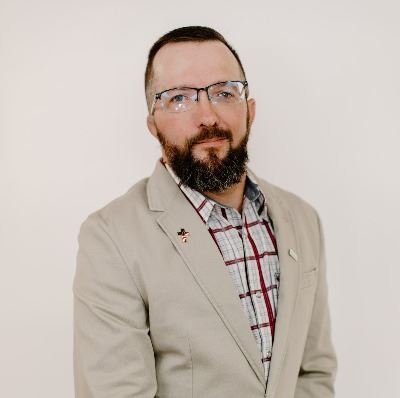 Councilman Toten has lived in Anna for seven years, previously living in McKinney for 15. His interest in serving as a council member came from experiencing waterline issues in his neighborhood and working with the city to resolve the problems. Toten has always been a good neighbor who desires to help others and decided serving on a board or the council would allow him to do more. He’s known as the neighbor who will mow the lawn of a family tending to a loved one in the hospital, and his significant other often jokes that his honey-do list is mainly filled with requests from neighbors in need.

Councilman Toten organizes the annual First Responders Feast for Thanksgiving and Christmas and initiated the “Light the Town Blue” as a sign of support for our local law enforcement.

Currently, he serves as the liaison for P&Z and previously for the Parks Advisory Board.

Councilman Toten enjoys spending time with his family and friends, woodworking, and fishing with his children in his free time. He has two sons, 9 and 11 and his girlfriend has a son and daughter.