The City Secretary’s Office is responsible for promoting open and responsive government through proper recording and preservation of the City's legislative history and official documents; providing responsive customer service to our diverse customer base; and conducting fair and impartial city elections.

The City Secretary’s Office assists the City Council in promoting civic involvement through recruitment and training of all board and commission members.

The most important expression of civic involvement is through voting. All City Elections are managed by the City Secretary through the Collin County Elections Administrator. City Elections are held on the Uniform Election dates, which are the second Saturday in May and the first Tuesday (after the first Monday) in November. Detailed Information.

The City Secretary’s Office serves as the custodian of City records including City Council minutes, resolutions, ordinances, contracts, and other documents vital to the history and operation of the City; and, responds to all requests for information made in accordance with the Texas Public Information Act.

The City Secretary’s Office assists in coordinating outreach efforts for the Mayor and Council such as recognition and proclamations by the Mayor, speaking engagements, attendance at special events, and City Hall tours for student groups.

City Secretary Carrie Land serves as the administrative contact for the Office of the Mayor. Please complete a request form, email Carrie Land or call 972-924-3325 to schedule an appointment or a call from the Mayor. 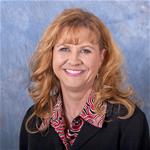