TMRS provides retirement, disability and death benefits. Benefit provisions are adopted by the governing body of the city, within the options available in the state statutes governing TMRS.

At the December 31, 2018 valuation and measurement date, the following employees were covered by benefit terms:

Investments – management of the assets/TMRS responsibility.

Actuarial valuations – calculation of the cost of benefits earned to date/TMRS responsibility.

Funding – the city’s commitment to make contributions to fund the benefits earned to date/city responsibility.

Information on investment strategies and results are available in the investment section of TMRS’s Comprehensive Financial Report (CAFR), pages 58-69. If TMRS does not earn its projected rate of return, assets will be less than expected and the city will have to make up the shortfall through increased contributions.

Additional information on actuarial policies including valuations and experience studies validating assumptions used can also be found on pages 72-93 of the CAFR. If unrealistic assumptions or methodology are used, actual liabilities could be higher than projected and the city would be required to make up the shortfall with additional contributions. 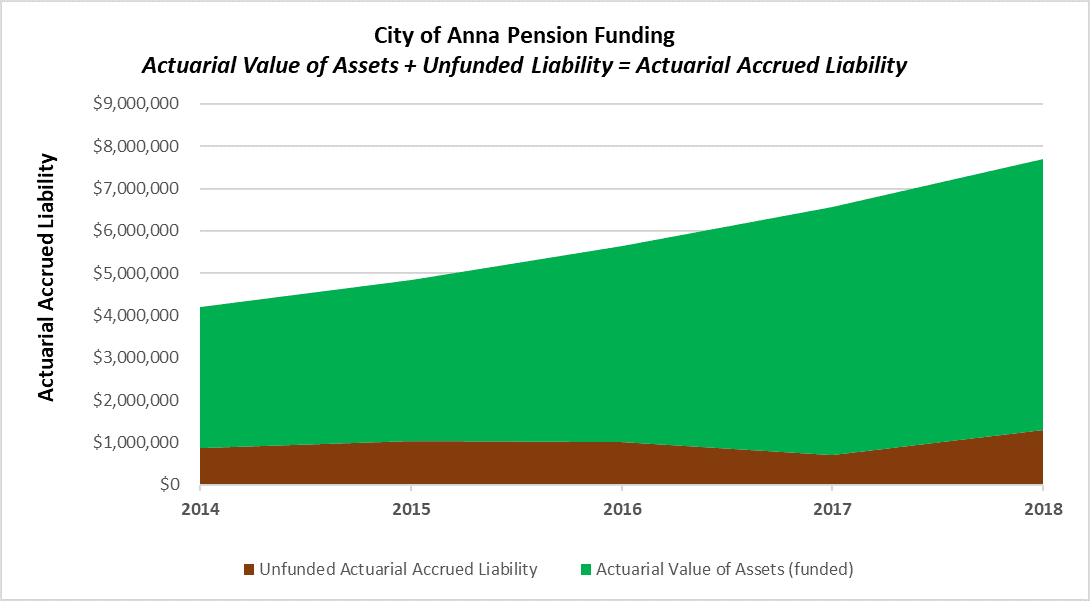 Employees are required to contribute 7% of their annual gross earning based on the city’s plan provisions. Beginning in 2009, certain eligible cities could elect to contribute a minimum amount equal to their ADC less a “Phase In” of the increase resulting from a change in the TMRS actuarial cost method in the 2007 valuation. The phase-in period was for eight years; however, the City of Anna began contributing the full ADC in 2014. 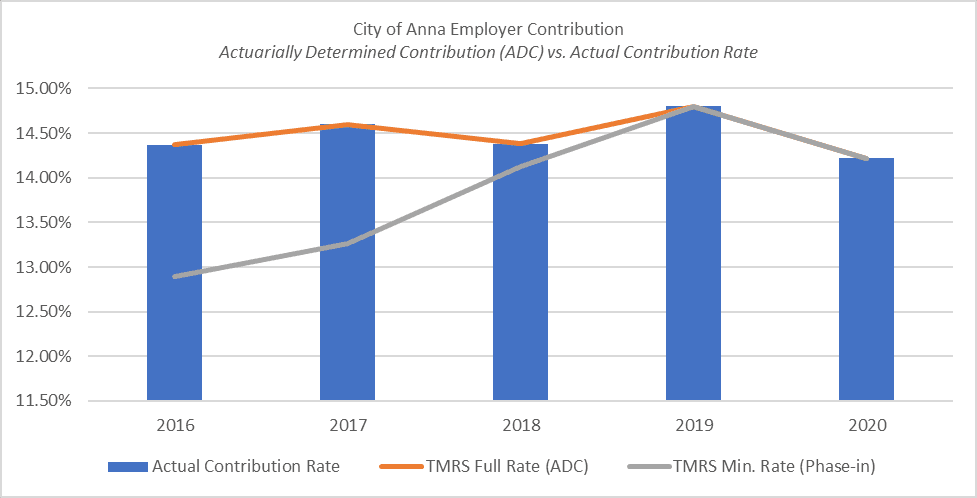 Rates of return presented are calculated using the time-weighted rate of return methodology based upon market values, and are presented gross of investment management fees.

Prior Years GASB Actuarial Valuations for City of Anna

Links to Other Information